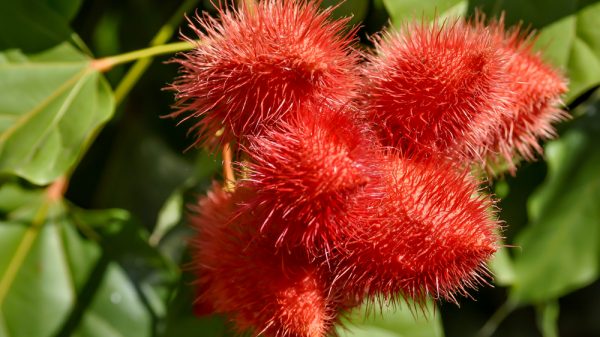 Vitamin E doesn’t have the kind of gung-ho fan clubs that surround “star” nutrients like vitamin D, magnesium, B12 and omega-3s. Unlike these other nutrients and a host of others, you rarely see blog posts, podcasts, and whole books dedicated to this underappreciated vitamin. That changes now!

Vitamin E research has come a long way in recent decades. Vitamin E is not a single nutrient, but rather a complex, consisting of 8 sub-fractions: 4 tocopherols and 4 tocotrienol substances. Each of these components has a different molecular weight and slightly different chemical structure, which impart distinct properties that influence their biochemical functions and cellular effects. Commercial supplements are typically rich in tocopherols—alpha-tocopherol, in particular—but the tocotrienol fractions have unique effects across a variety of tissues that make them desirable to supplement alone, without tocopherols. (Gamma-tocopherol represents about 70% of the vitamin E consumed in a typical US diet, a lot of it from soybean oil.)

Rich sources of vitamin E include whole grains, such as wheat (especially the germ), rice, barley, oats and corn, select leafy greens, as well as palm oil and annatto. Most of these foods, however, are higher in tocopherols than in tocotrienols. The vitamin E in rice, for example, is comprised of 50% tocopherols, 35% delta- and gamma-tocotrienol, and 15% alpha- and beta-tocotrienol, which are less potent than the delta and gamma forms.

Palm is slightly higher in tocotrienols: 25% tocopherols, 25% alpha- and beta-tocotrienol, and 50% delta- and gamma-tocotrienol. But the richest known source of naturally occurring tocotrienol is annatto, which is virtually free of tocopherols and contains 100% tocotrienols (90% delta and 10% gamma).

If you know anything about vitamin E—and to be honest, many medical and nutrition professionals don’t—you will likely remember that it’s fat-soluble, and what probably pops to mind first is that it’s “the fertility nutrient,” or, at least, that’s how it’s often referred to. But like any other vitamin, vitamin E isn’t a one-trick pony. It has several roles, including contributing to skin health and healthy neurological function. Research supports the tocotrienol fractions, in particular, as potentially beneficial for those with metabolic syndrome, non-alcoholic fatty liver, carotid artery atherosclerosis, and as an adjunct to conventional cancer treatments.

It’s not that tocopherols have to be completely absent from the diet for tocotrienols to shine—and you wouldn’t want this anyway, because tocopherols do have benefits of their own. It’s more that the presence of high amounts of tocopherols interferes with the therapeutic effects of tocotrienols, so that when taken as supplements, it’s best to dose them separately.

Future topics will explore specific roles for tocotrienols, such as serving as antioxidants, contributing to eye health, cardiovascular and metabolic health, and more. So yes, keep thinking of vitamin E as a fertility nutrient, but be aware that this complex has a lot more going for it, and it’s more than just the much-celebrated alpha-tocopherol.