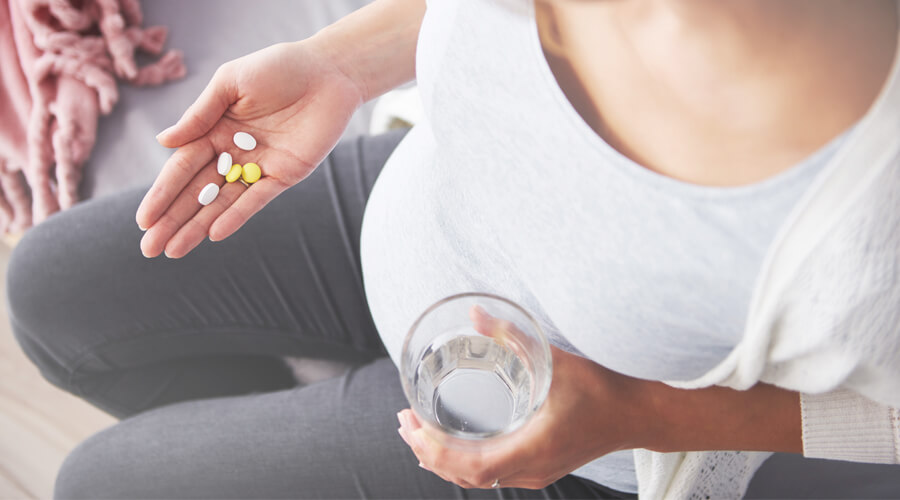 Healthy nutrient levels during pregnancy support both fetal development and the health of the birth parent. Minerals such as Magnesium and Zinc have been recently studied concerning gestational health.

What role does Magnesium play during pregnancy?

Magnesium is the fourth most abundant mineral within human tissues. Magnesium is also involved in more than 600 enzymatic reactions in the body. It supports energy metabolism, nerve impulse transmission, and the synthesis of proteins and fatty acids. It is crucial for the formation of bones. Approximately 20% of women consume less than two-thirds of the recommended dietary allowance (RDA) of Magnesium.

In a recent review by Fanni and colleagues, the role of Magnesium during pregnancy and fetal development is discussed. These researchers report that a deficiency of Magnesium during gestation is associated with the potential for uterine hyperexcitability, premature labour, and restricted fetal growth. Their findings also indicate that maternal hypomagnesemia has been linked to some consequences after birth, such as metabolic syndrome in childhood or adulthood.

Magnesium has been hypothesized to support maternal health in the presence of preeclampsia. This condition is characterized by elevated blood pressure and urine albumin levels that can progress into eclampsia.

In a randomized, controlled clinical trial, the potential protective effect of supplementation with magnesium sulphate was assessed in 10,000 pregnant women with the presence of preeclampsia.

The link between Zinc and gestational diabetes

Zinc is another essential mineral in the human body. Zinc is a component of more than 1,000 proteins, and it helps to regulate cellular growth, differentiation, and metabolism. It also supports the body’s response to oxidative stress.

In another recently published review by Fan and colleagues, the relationship between gestational diabetes mellitus (GDM) and serum zinc status is explored. GDM is a condition associated with abnormal glucose metabolism first presenting during pregnancy. An imbalance in maternal serum zinc has been associated with GDM.

The results presented by these authors indicate that serum zinc content was markedly decreased in cases of GDM as compared to the controls. The authors state that the current information related to this topic is still relatively exiguous, and further research is needed before conclusions can be established.

Certain minerals, such as Magnesium and Zinc, may support a healthy pregnancy. Magnesium can be obtained from dietary sources, such as legumes, nuts, vegetables, seafood, berries, and certain grains. Dietary sources of Zinc include shellfish, organ meat, and muscle meat.