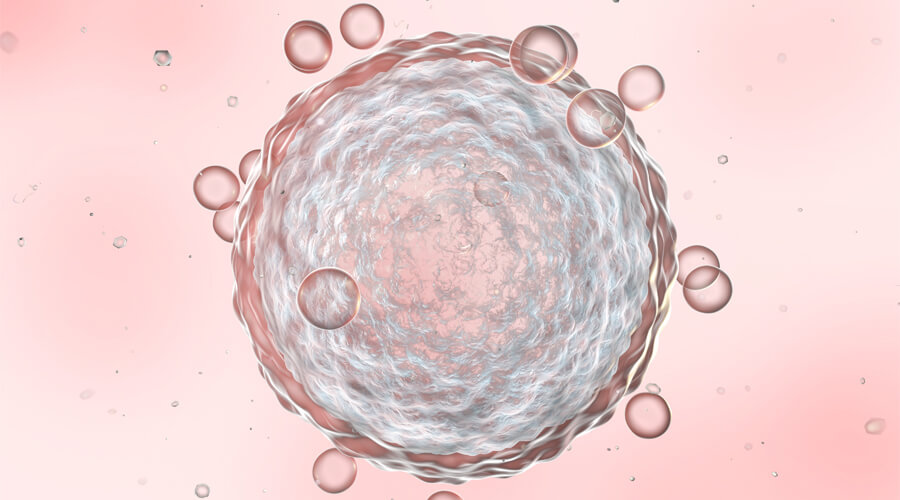 Following on from Nutrition for Egg Quality Part 1, we will discuss the clinical research and indications for Inositol, Vitamin E and Omega 3 fatty acids in relation to improving egg quality and enhancing fertility.

Inositol is a B complex vitamin that has been researched for its ability to increase egg quality, particularly in women with polycystic ovarian syndrome (PCOS). (1) PCOS leads to chronic anovulatory cycles, often leading to infertility. A study on 34 women under 40 years with PCOS analyzed the effects of D-chiro-inositol on oocyte quality. Women were divided into either Group A (receiving 2 g of myo-inositol + 200 µg of folic acid) or Group B (receiving only 200 µg of folic acid); treatment was twice daily for three months. Follicle numbers with a diameter >15mm and the quantity of oocytes retrieved at the pick-up were significantly greater in the inositol-treatment group. Group A also had a significant decrease in the mean number of immature oocytes and degraded oocytes. (1)

Another study on 50 infertile women with PCOS who were undergoing artificial reproductive technology (ART) examined the effect of daily doses of 4 g myo-Inositol combined with 400 mg folic acid or 400 mg folic acid alone (control). (2) This began one month prior to starting the antagonist cycle until the day of ovum pick up. It was found that percentage of metaphase II oocyte (mature), rate of fertilization and embryo quality significantly improved in the myo-inositol group. The percentage of poor quality embryos in the intervention group also significantly decreased compared to controls. Gene expressions indicating developmental competence of oocytes were significantly higher in the intervention group also. (2)

Whilst the above two studies analyze women with PCOS, a study conducted on 100 women aged <40 years who were going through multiple follicular stimulation and ART. (3) The intervention group received myo-inositol and folic acid for three months before stimulation and during the stimulation period itself. The control group received folic acid alone in the three months prior and throughout stimulation treatment. Whilst stimulation period lengths were similar between groups, there was a significant decrease in the amount of gonadotropins (hormones) needed to reach follicular maturation in the myo-inositol group. The number of oocytes retrieved in the myo-inositol group was also significantly reduced, yet clinical pregnancy and implantation rates were similar between groups. This demonstrates that myo-inositol may reduce the hormone dose needed and number of oocytes retrieved to maintain the same clinically pregnancy rate. (3)

Vitamin E is a fat-soluble vitamin that is made up of tocopherols and tocotrienols. It acts as a potent antioxidant in the body, and it is for this reason that it has a role in promoting fertility and conception health. Tocotrienols are more readily transferred and incorporated into cell membranes than tocopherols when choosing a vitamin E supplement. A recent 2019 study on 40 women with failed implantation analyzed the effects of vitamin E supplementation (400 IU) over 12 weeks. (4) Compared to women in the control group, as expected, in the intervention group, serum vitamin E levels were significantly higher. Importantly, endometrial thickness was significantly greater with vitamin E supplementation, along with significantly reduced malondialdehyde levels. Malondialdehyde is a marker of lipid oxidation; thus, vitamin E acts to protect lipids from oxidative stress. Vitamin E also down-regulated gene expression tumour necrosis factor-alpha, interleukin-1 and low-density lipoprotein receptor. (4)

Another study on women with unexplained infertility who were undergoing controlled ovarian stimulation and intrauterine insemination demonstrated the effects of vitamin E supplementation (400 IU). (5) Whilst there were no significant increases in pregnancy or implantation rates, there were significant increases in endometrial thickness in the vitamin E group. Clomiphene citrate is the drug used for ovarian stimulation; however, a known side effect is endometrial thinning; this study indicated that vitamin E may mitigate this effect. The effects of vitamin E are believed to be due to antioxidant and anti-coagulant actions. The anti-coagulant action may increase blood flow to the endometrium and may increase blood flow to developing follicles, increasing oestrogen production supporting endometrium growth. (5)

Omega-3 polyunsaturated fatty acids encompass alpha-linolenic acid, eicosapentaenoic acid and docosahexaenoic acid. Omega-3’s have the ability to downregulate inflammation as well as being components of cell membranes and hormone precursors. It is for these reasons that research into their ability to enhance egg quality has been conducted.

One study analyzed the effects of omega 3 supplementation on sub-fertile women aged 20-40 years that were undergoing intra-cytoplasmic sperm injection. (6) For eight weeks, women were either prescribed 1000mg of an omega 3 supplement or a control. In the intervention group, the ratio of follicles injected to retrieved oocytes was higher, along with an increase in the amount of metaphase II oocytes, fertilization rate and grade I embryos. (6)

This article was written by Annabel Murray and Brittany Dalring in 2020.