How Do Medications Affect B12 Status? 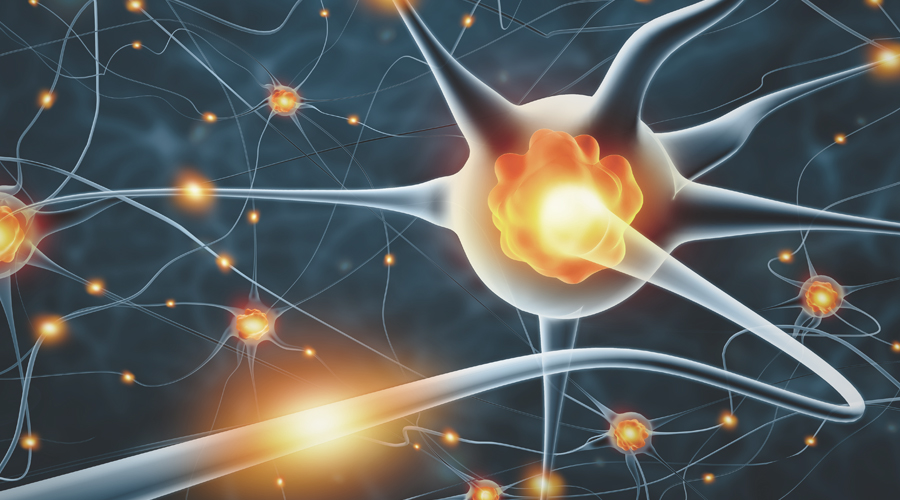 Vitamin B12 deficiency in older individuals and vegans

Vitamin B12 plays so many roles in human physiology, it’s difficult to think of an organ or physiological process that isn’t impacted by a deficiency or insufficiency of this indispensable nutrient. Capacity to absorb B12 from food declines naturally during the aging process, suggesting that older individuals may benefit from supplementation. People following strict vegan diets may also require supplementation since B12 is found almost exclusively in foods from the animal kingdom. (Recent research indicates that select plant foods, such as certain fermented beans and vegetables and edible algae, may contain B12, but animal foods are the most reliable sources.) Additionally, commonly used pharmaceutical medications are known to impair absorption of B12 and potentially result in a deficiency. Let’s take a closer look at two of these since their frequent use means the issue of potential deficiency should be addressed during clinical assessments of patients taking such drugs.

Vitamin B12 deficiency may lead to irreversible cognitive impairment

Before exploring the drugs, it’s important to note that while deficiency of any nutrient may lead to compromised physical or mental health, long-term B12 deficiency or insufficiency may be especially insidious because some of the damage—particularly neurological damage or cognitive impairment—may be irreversible even when hematological markers are restored to normal. It’s also important to keep in mind that some experts believe the “normal” ranges for serum B12 level are too generous and that even a measurement within the normal range may not reveal an existing deficiency, particularly in a patient exhibiting signs and symptoms that may suggest low B12. In patients showing signs and symptoms of possible inadequate B12 status but whose blood level is normal, other tests that may uncover the hidden problem include methylmalonic acid (MMA) and homocysteine.

Millions of people routinely take stomach acid-blocking drugs, whether over-the-counter or by prescription. Since adequate stomach acid and intrinsic factor are needed to liberate B12 from a food matrix and absorb it in the ileum, drugs that interfere with stomach acid production—such as proton pump inhibitors (PPIs)—may lead to B12 deficiency and subsequent health problems, particularly if used in high doses for a long period of time. A 2018 review of mechanisms involved in adverse events among PPI users recommended: “While short-term PPIs could be considered effective and safe in adult patients with acid-related disorders, their long-term and often inappropriate use in patients carrying vulnerability to adverse events and/or high risk of drug-interactions should be avoided.”

PPI use associated with significantly low serum B12 levels

A study of adults using PPIs prescribed to protect against NSAID-induced gastric damage found that PPI use was associated with significantly lower serum B12 levels after 12 months, but levels were still within the normal range. (Hypovitaminosis B12 was found in less than 3 per cent of subjects.) Since longer-term use is associated with a greater likelihood for deficiency, it’s possible the trend would have continued and the incidence of overt deficiency would have increased. (It’s not uncommon for individuals to take PPIs for several years.)

Long term PPI use associated with increased risk for dementia

Considering the crucial role of B12 in neurological and cognitive function, it may not be shocking that long-term PPI use has been associated with increased risk for dementia. B12 deficiency may even be mistakenly diagnosed as multiple sclerosis (MS), and it’s possible that deficiency may play a role in the etiology of MS. There appears to be a “possible causal relationship between the two disorders,” but it is not known for certain which direction the arrow of causality is pointed.

In the interest of balance, not all experts agree on the role of PPIs in influencing B12 status. Despite the body of evidence showing an association between lower B12 levels and long-term PPI use, an Expert Review and Best Practice Advice From the American Gastroenterological Association published in 2017 contends that long-term users of PPIs should not be routinely screened for serum B12 levels. They claim that such screening “can be offered but is of no proven benefit.” They also state that PPI users should not routinely raise their B12 intake, but for those whose habitual intake is below the RDA, “it is reasonable to raise intake to meet the RDA regardless of PPI use.” Interestingly, however, the same authors say that many patient populations should attempt to stop or reduce the use of PPIs, and that “the dose of long-term PPIs should be periodically reevaluated so that the lowest effective PPI dose can be prescribed to manage the condition.”

Vitamin B12 deficiency induced by long-term use of metformin has been called “a bigger problem than we thought.” The prevalence is certainly high: possibly as high as 30% among long-term users. It’s especially noteworthy that metformin is a frontline medication for controlling blood sugar in type 2 diabetes, and many diabetics have peripheral neuropathy—a condition that can be exacerbated or even outright caused by B12 deficiency, making this a potential “double whammy” for diabetic patients. As is the case for PPIs, longer-term use of higher doses of metformin is more likely to result in suboptimal B12 status compared to using lower doses for shorter periods of time. Metformin alone may cause B12 deficiency, but the risk is even greater when metformin is used in conjunction with PPIs—not an uncommon scenario for patients with type 2 diabetes.

High doses of metformin-associated with B12 deficiency – research study

A study of adults with type 2 diabetes who had taken metformin for at least six months revealed that higher doses of metformin were associated with increased risk for B12 deficiency, in a dose-dependent manner: compared with a daily dose of <1000 mg, adjusted odds ratios for 1000 to 1500, 1500 to 2000, and ≥2000 mg metformin were 1.72 (P = .080), 3.34 (P < .001), and 8.67 (P < .001), respectively. Longer duration of use was not associated with increased risk. (Other research does, however, suggest a relationship between longer duration of use and risk for deficiency in subjects taking 850 mg BID.) A small study from the Netherlands showed that among subjects with type 2 diabetes taking insulin, those also taking metformin (850 mg TID) for over 4 years had a mean decrease of 19% in serum B12 concentration (95% confidence interval −24% to −14%; P<0.001) compared to subjects on placebo. If a 19 per cent decrease doesn’t sound alarming on the surface, consider that that large a decrease could be the difference between sufficiency and overt deficiency—and potentially irreversible complications.

Multivitamin supplementation reduced the risk of B12 deficiency

Interestingly, subjects who took a multivitamin had a lower risk for B12 deficiency, suggesting that supplementation may be protective against this unwanted outcome—a finding that corroborates earlier research indicating that subjects with type 2 diabetes who used metformin but also took a multivitamin had mean serum B12 levels nearly 50 per cent higher than those of individuals on metformin but not supplementing.)

Finally, it should be noted that patients who have undergone bariatric surgery may be at risk for deficiencies in multiple nutrients, including B12. (As many as 35% of bariatric surgery patients may have B12 deficiency 5 years post-surgery.) While certain procedures may lead to greater risk than others, experts recommend monitoring all bariatric surgery patients for potential deficiencies. (Malabsorptive surgeries, such as Roux-en-Y gastric bypass and biliopancreatic diversion, may place patients at greater risk than restrictive procedures, such as gastric banding or sleeve gastrectomy.) In a paper discussing recommendations for preventing and treating nutritional deficiencies after bariatric surgery, the authors note that follow-up care should be regular and life-long for all patients, and should include “virtually routine mineral and multivitamin supplementation.” They state that “routine nutritional screening, recommendations for appropriate supplements and monitoring compliance are imperative, whatever the bariatric procedure.” (Emphasis added.)

Vitamin B12 supplementation may be sufficient to fix a deficiency

Vitamin B12 is inexpensive, and lozenge forms are popular among individuals who prefer to take fewer pills. It is a low-cost intervention that could potentially have a substantial impact on the quality of life for many patients. Oral supplementation may be sufficient to correct certain issues caused by deficiency, but cobalamin injections may be needed in cases of extreme deficiency or in those who do not respond to oral supplements.