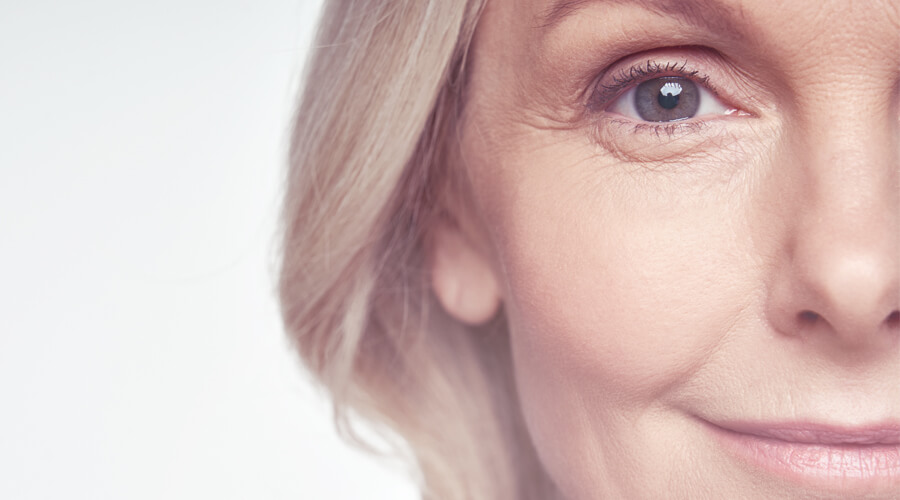 The tocotrienol fractions of the vitamin E complex have some fascinating properties that make them worth supplementing on their own, apart from the tocopherol fractions, which are more abundant in mass-marketed supplements. Previous posts have provided a primer on tocotrienols, covered the use of tocotrienols as a new tool for improving metabolic syndrome and type 2 diabetes, and introduced a potential anti-cancer role for tocotrienols. This time, let’s focus on eye health. (No pun intended!)

Vitamin E has long been regarded as a beneficial nutrient to support eye health due to its antioxidant properties. It was included in the original Age-Related Eye Disease Study (AREDS) and AREDS2, studies from the National Institutes of Health’s National Eye Institute. The first AREDS trial set out to assess the effect of high doses of vitamins C and E, beta-carotene, copper and zinc on the progression of cataracts and age-related macular degeneration. AREDS2 eliminated beta-carotene and added omega-3 fats, plus the antioxidants lutein and zeaxanthin. However, the form of vitamin E used in these trials was alpha-tocopherol only. More recent research suggests that tocotrienols warrant dedicated research and that they may be more effective than tocopherols.

Tocotrienols have been shown to inhibit angiogenesis—the formation of new blood vessels.  For this reason, they may have applications in improving ocular conditions related to abnormal blood vessel growth, such as macular degeneration and diabetic retinopathy.

Alpha-tocopherol does not have this effect, and in fact, appears to be directly antagonistic to the antiangiogenic effects of tocotrienols. In macular degeneration, abnormal neovascularization in the retina beneath the macula leads to loss of central vision and leaking blood vessels that push up the retina.

Diabetic retinopathy, the leading cause of adult blindness in the West, is also caused by damage to blood vessels of the retina. In both cases, the aberrant growth of new blood vessels is responsible. Because tocotrienols are such potent anti-angiogenic agents (with delta-tocotrienol being the most effective), they might be worth adding to the supplement regimen of those experiencing compromised vision and eye health due to conditions involving neovascularisation.

Over 300,000 Australians have glaucoma, which involves elevated intraocular pressure that may permanently damage the optic nerve and lead to blindness. An in vitro study showed that tocotrienols inhibit proliferation, migration and collagen synthesis of human Tenon’s fibroblasts. Scarring of these cells often occurs during glaucoma filtration surgery, so tocotrienols may someday be employed as anti-scarring agents in these procedures.

Tocotrienols accumulate in the eye, possibly owing to their antioxidant effects and protection against cataract development. The prevalence of cataracts is staggering. According to the National Eye Institute of the National Institutes of Health, the risk of cataracts increases with each decade of life, beginning around age 40. By age 80, cataract affects 70% of Caucasian Americans, 53% of African Americans, and 61% of Hispanic Americans. Individuals with diabetes who develop cataracts typically develop it at younger ages. A cataract is more common among women than men; based on 2010 data, 61% of Americans with cataracts were women, compared to 39% of men.

A Malaysian study tested the effect of tocotrienols on cataract formation in galactosemic rats. In the study, topically applied tocotrienol at 0.01-0.05% delayed the onset and progression of cataracts by reducing lenticular oxidative and nitrosative stress. In a follow-up study on diabetic rats, tocotrienols were applied topically via eye drops (a concentration of 300ppm).

Diabetic rats that did not receive tocotrienols progressed quickly to stage 3 and 4 cataracts, whereas progression was arrested among those receiving tocotrienols. Impressively, tocotrienol application restored lens transparency to normal. The anti-cataract effect of tocotrienols may be attributable in part to their anti-inflammatory and antioxidant actions.

It should be noted, of course, that these studies employed eye drops to deliver tocotrienols topically. We cannot assume that oral tocotrienols would have the same effects. Still, the AREDS studies indicate that vitamin E can be helpful for eye health, particularly when taken along with other supportive nutrients.

Elevated blood glucose and elevated blood pressure are clear drivers of much loss of vision and general declines in ocular health. In addition to a healthy diet and other lifestyle interventions to improve these factors, tocotrienol supplementation may be helpful for patients experiencing or at risk for compromised eye health.