What’s the Buzz on Fish & Mercury? 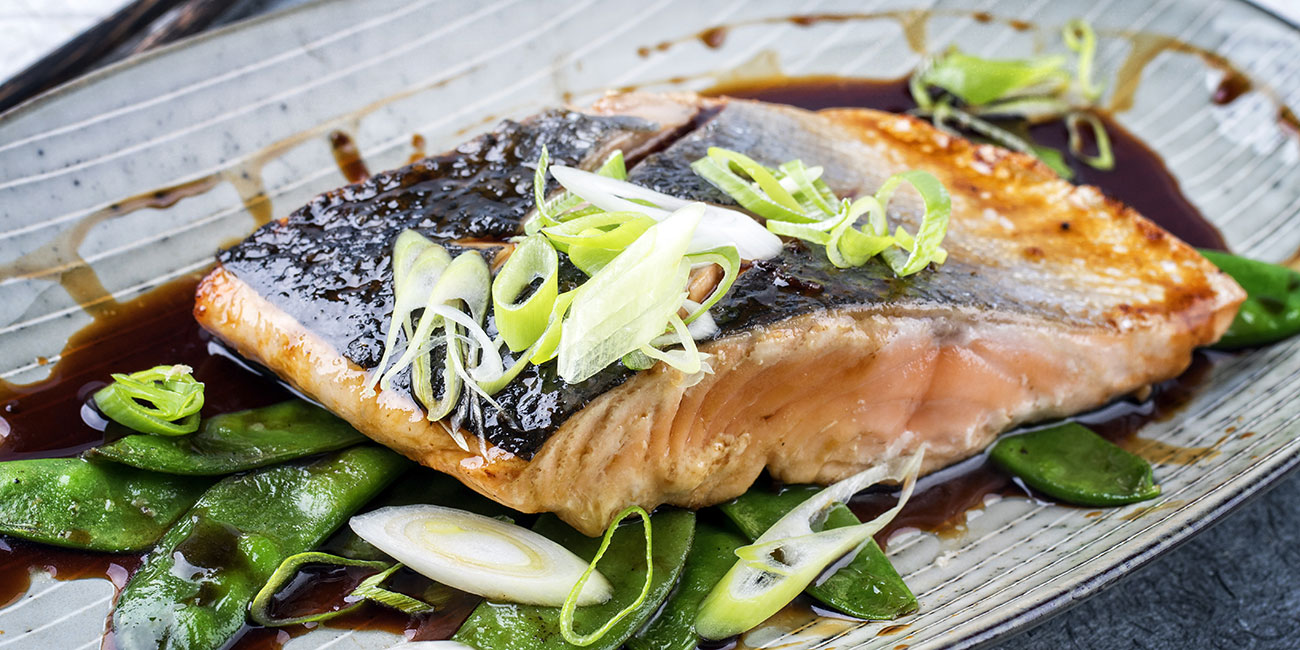 Health-conscious seafood lovers face a dilemma: finfish and shellfish have long lists of health benefits, but along with those positive properties comes the potential for consuming harmful amounts of mercury. It’s easy for people looking to follow a healthy diet to feel like they’re stuck between a rock and a hard place. Fortunately, a significant body of research indicates that the benefits of consuming fish outweigh the risks—and moreover—some of the potential risks are actually mitigated by the helpful components in fish.

As a category, seafood is packed with nutritional super stars. Shellfish, in particular, is loaded with vitamins and minerals, especially some of those that can be low in our diets, such as iodine, zinc and B12. Like other animal foods, seafood provides complete protein. Fatty coldwater fish, such as salmon, sardines and mackerel, are high in the omega-3 fatty acids, EPA and DHA (especially when they’re consumed with the skin, as right underneath is where most of the fat is found). People who prefer to avoid pork, red meat and/or other land animals make seafood a larger part of their diet, and some former vegetarians and vegans find that consuming seafood is a compromise they’re comfortable with in order to obtain some of the nutrients their plant-based or plant-only diets may have been lacking, while still living and eating in accordance with their beliefs about the animal ethics and the environment.

Unfortunately, due to environmental contamination, the presence of mercury in seafood is worrisome, and consumers are right to be concerned about their level of intake. Pregnant women have long been warned to limit their consumption of seafood—particularly of predatory fish that are higher on the marine food chain, since mercury bio-accumulates. (Small fish and “bottom feeders” tend to contain less mercury than fish that are higher up in the aquatic chain.) However, increasing evidence suggests that even for pregnant women, the benefits of consuming fish—omega-3-rich fatty fish, in particular—outweigh the risks, and may even help protect against the potential adverse effects from mercury.

While higher concentrations of mercury in the body—and in the cord blood of newborns—do correlate with impaired cognition and fetal and child development, higher fish intake seems to nullify these effects. Having found a strong positive association between healthy child development and maternal seafood consumption during pregnancy, which was consistent with findings from other studies across a broad range of child ages and mercury levels, a group of researchers concluded that pregnant women should be encouraged to consume fish/seafood while guided to reduce intake of varieties high in mercury.”


Seafood offers two protective factors with regard to mercury. The first is its polyunsaturated fat content, specifically, the omega-3s. Research conducted in the Seychelles, where seafood consumption is high, “found no overall adverse association between prenatal MeHg (methylmercury) exposure and neurodevelopmental outcomes.” Moreover, “increasing MeHg was associated with lower Psychomotor Developmental Index (PDI) but only in children of mothers with higher n–6/n–3.” It seems that a proper maternal ratio of omega-3 to omega-6—achievable through seafood consumption (possibly supplemented with fish oil) and a reduction in omega-6-heavy vegetable & seed oils—helps protect against the potential adverse effects of mercury.

The second protective factor that tips the scale in favour of fish consumption rather than its avoidance is selenium. The selenium content of most seafood vastly eclipses its level of mercury. Mercury has an extremely high affinity for binding selenium. (Meaning, mercury “grabs on to” selenium, making it unavailable to the body.) In fact, some of the toxicity symptoms associated with high mercury levels may be due to reduced availability of selenium in the body. With lower available selenium, the activity of selenium-dependent enzymes is reduced. (Two of these enzymes include glutathione peroxidase, which is required for the recycling of the body’s most powerful internal antioxidant; and the enzyme that converts T4 into T3 for proper thyroid hormone levels. [You may have heard selenium is important for healthy thyroid function; this is why.]) However, the bioavailability of selenium can be preserved even in the presence of moderate mercury levels, provided dietary selenium is adequate. Even for pregnant women, as long as dietary selenium and omega-3 fats are sufficient, elevated mercury levels due to seafood consumption do not impair offspring IQs and developmental outcomes. In fact, the selenium and n-3s in fish are shown to improve these, even in the presence of elevated mercury.

Concerns about mercury levels in seafood need not scare people away from consuming these otherwise nutritionally powerful foods. Your local seafood authority is generally a good source of information on the best finfish and shellfish to consume, taking into account human health as well as environmental sustainability. They have state-specific guides that you can keep handy for dining out or shopping at the seafood counter (or download their app.) As always, pregnant women—and anyone else, for that matter—should consult a physician or licensed nutritionist to determine the best course of action if they’d like to include seafood in their diet.