Postbiotics: What are They? 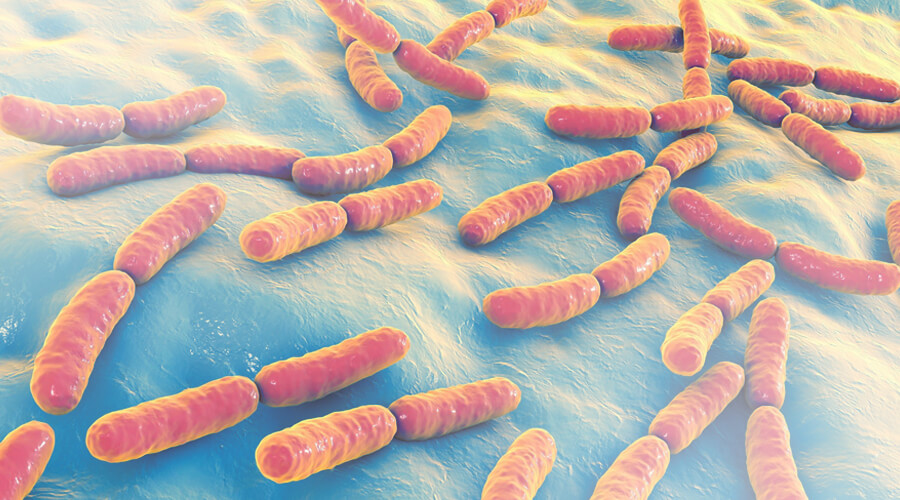 Contributors to gut health can be divided into three categories: prebiotics, probiotics and postbiotics. Prebiotics are fibres the human body cannot digest, such as those found in resistant starch. Since these are inaccessible to digestive enzymes in the small intestine, they reach the colon intact and serve as food sources for beneficial colonic organisms—the probiotics. “Postbiotics” is a new term for the molecules generated as a result of the probiotic organisms fermenting prebiotic fibres. These metabolic byproducts are being shown to have a wide array of effects with positive impacts on several organs and tissues beyond the gut.

Currently, there is no formally agreed-upon definition for the term “postbiotic,” but researchers have proposed the following: “Postbiotics are bioactive compounds produced by food-grade micro-organisms during a fermentation process. Postbiotics include microbial cells, cell constituents and metabolites.” These molecules may include microbial cell fractions, functional peptides and proteins, short-chain fatty acids (SCFAs), extracellular polysaccharides, cell lysates, teichoic acid, peptidoglycan-derived muropeptides and more. Postbiotics may also be referred to as metabiotics and defined as “soluble factors secreted by live bacteria or released after bacterial lysis, which confer physiological benefits to the host.”

A trio of SCFAs represents some of the most commonly produced postbiotics: acetate, propionate and butyrate. The 4-carbon butyrate is the most widely studied and has the most evidence supporting beneficial effects on gut health and functioning of other body systems, including the brain and central nervous system. Butyrate occurs naturally in high-fat dairy products (butter, cream, cheese, etc.), but this diet-sourced exogenous butyrate is primarily metabolized in the stomach and small intestine. The endogenous butyrate, resulting from bacterial fermentation, is synthesized in the colon; therefore, its effects—particularly those localized to the gut—may be distinct from the biochemical or physiological properties of food-sourced butyrate. Owing to recent discoveries regarding Parkinson’s disease, potentially originating in the gut and a potential beneficial impact for butyrate in neurological and neurodegenerative disorders, targeting increased colonic butyrate production is being explored as a therapeutic approach to this condition.

Beyond effects in the gut and brain, postbiotic SCFAs may have applications in addressing obesity. Animal and cell culture studies suggest butyrate and 3-carbon propionate may stimulate gut hormones and reduce food intake. Propionate may also inhibit lipogenesis by downregulating the activity of fatty acid synthase, an enzyme that catalyses the synthesis of fats. Other preclinical research comes to similar findings, indicating that SCFAs and succinate produced as microbial metabolites may improve appetite regulation via increased production of satiety hormones and signalling molecules (leptin, glucagon-peptide 1 [GLP-1], peptide YY [PYY]) and may increase energy expenditure in part by influencing the browning of white adipose tissue and/or increased metabolic activity of brown adipose tissue. Brown adipose cells have a high concentration of mitochondria and play a substantial role in thermogenesis, a process whereby energy is dissipated as heat, which in effect raises metabolic rate.

Fibre, which helps in the synthesis of postbiotics, now plays a bigger role in addressing obesity

It is widely accepted that high-fibre foods are beneficial for weight control because they may induce satiety by adding bulk to the diet and stimulating stretch receptors in the stomach. Indeed, this may be true, but it appears there are additional, more complex biochemical mechanisms at work that underlie why fermentable fibres may help those with obesity, and these may be linked to the synthesis of postbiotics.

Researchers demonstrate the effect of prebiotic fibre in patients with obesity

A small number of human studies indicate that fermentable fibres and/or SCFAs may increase fat oxidation. In a double-blind, randomized, placebo-controlled crossover trial, overweight or obese men consumed a high-fat milkshake containing either the prebiotic fibre inulin or an equivalent amount of maltodextrin, used as a placebo. Compared to the maltodextrin, the inulin shake led to increased postprandial fat oxidation with lower plasma glucose and insulin—a finding with a compelling potential impact for overweight or obese individuals who also have Type 2 diabetes or impaired glucose tolerance. The inulin was fermented into SCFAs, as indicated by higher plasma acetate; however, contrary to some of the preclinical research, there was no effect on GLP-1, PYY, or appetite and satiety scores.

An earlier study showed that infusion of acetate into the distal colon in overweight or obese men “affected whole-body substrate metabolism, with a pronounced increase in fasting fat oxidation and plasma PYY.” A more recent study by some of the same researchers showed that rectal administration of SCFA mixtures (high in either acetate, propionate or butyrate) increased fasting fat oxidation. Mixtures high in acetate or propionate led to increased resting energy expenditure, and all three mixtures increased fasting and postprandial PYY. More research is needed to determine whether these findings may translate into clinically meaningful outcomes for the long-term management of obesity. It may turn out that the beneficial impact of prebiotics and probiotics on obesity and metabolic syndrome are mediated through postbiotics.

It is yet to be determined what the best route of administration may be for postbiotic compounds. Obviously, these can be produced by bacterial fermentation, but postbiotic compounds can be administered orally, too. The oral administration of butyrate has been shown to have beneficial effects for constipation, and the oral administration of acetate (including acetate in the form of vinegar, also known as acetic acid) is recognized for reducing postprandial glycemic excursions in both healthy subjects and those with Type 2 diabetes.