Timing is Everything: Protein Supplementation in Exercise Recovery 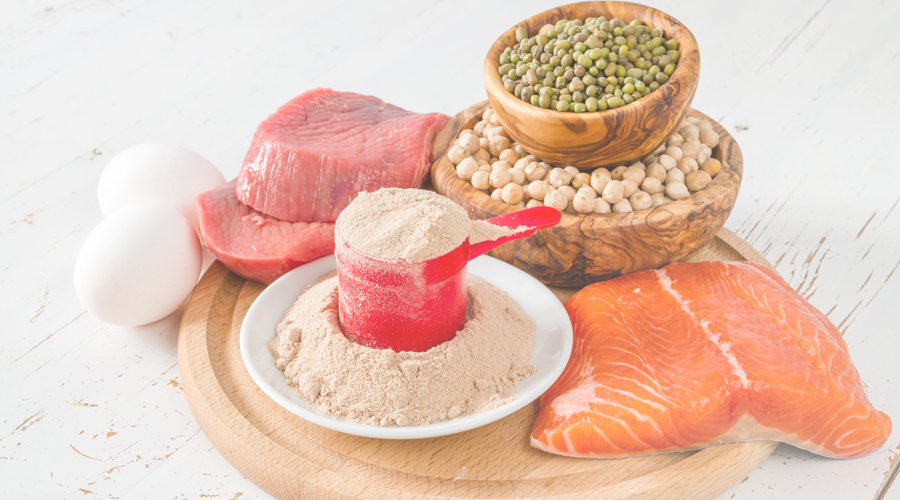 In real estate, they say it’s all about three things: location, location, location. With regard to protein supplementation and exercise, it might boil down to timing, timing, and timing—with a few modifications.

Researchers have determined that a resistance exercise session acutely stimulates muscle protein synthesis (MPS) by more than 100% above basal levels. That sounds like a staggering increase, but the impact is lessened when you learn that even this large a change still ultimately ends in negative net protein balance owing to an even larger increase in muscle protein breakdown acutely after exercise. Consuming protein after a workout, however, can help boost MPS, leading to a prolonged period of positive net protein balance. In other words, if you want to build muscle, consume protein shortly after working out.

Controversy surrounds the existence of a proposed “anabolic window” post-exercise – “a ‘window of opportunity’ whereby a limited time exists after training to optimize training-related muscular adaptations.” It appears that there does seem to be a period of time during which MPS, repair and recovery can be accomplished better with protein intake, but this window may be larger than is commonly acknowledged. That is, it might not be necessary to carry a whey shake in one’s gym bag to consume within minutes of finishing the last set at the bench press or the last lap around the track.

Experts recommend 0.5-0.6 grams of protein per kilogram of lean body mass both after and before exercise (within 4 to 6 hours of each other) in order to maximize muscle hypertrophy. In a separate paper, the same authors make the point that exceeding this amount of protein would have “minimal detriment if any,” but consuming less than this would fail to maximize the anabolic response. So if you’re hungry for more than that, have more, but if you want to take full advantage of whatever opportunity this heightened sensitivity to protein may offer, don’t have less.

The same paper noted something worth mentioning: potential confounders—such as an athlete’s biological sex or co-ingestion of carbohydrate—do not appear to substantially alter the relative protein requirements for optimizing recovery and hypertrophy. (This is important to consider because other research suggests that optimal recovery strategies may be different between females and males, and depending on an athlete’s goals and priorities, it may be better to focus on liberal carbohydrate consumption post-workout, with protein co-ingestion potentially being more beneficial for those who consume a lower amount of carbohydrate at these times.)

For older individuals, there may be an additional concern beyond the optimal timing of protein intake. Older individuals typically have an attenuated anabolic response to dietary protein compared to younger people, so they require more protein to elicit the same muscle building effect. Numerous analyses have determined that protein intake recommendations for older people may not be adequate to support even the bare minimum of maintaining nitrogen balance—and if it’s not sufficient to stay in balance, then even more would likely be needed to increase muscle or bone mass. Rather than a daily protein intake of 0.8g/kg body weight, as is generally recommended for healthy adults, older individuals may need 1.0-1.3g/kg to maintain nitrogen balance, and possibly more to elicit an anabolic growth effect.

The opening of the article mentioned that timing could be augmented by a few modifications. For those looking to build lean body mass and perhaps increase strength and power output, creatine supplementation is one of the most potent “modifications” to consider beyond the optimal amount and timing of protein. A position paper from the International Society of Sports Nutrition (ISSN) on the safety and efficacy of creatine notes that studies consistently show creatine supplementation to improve high intensity exercise performance, ultimately resulting in greater training adaptations, and it can also enhance recovery. A review on exercise and sports nutrition from the same organization stated in no uncertain terms: “Creatine monohydrate is the most effective ergogenic nutritional supplement currently available to athletes in terms of increasing high-intensity exercise capacity and lean body mass during training.”

Bottom line: for most people, doing resistance training and consuming a suitable amount of protein is enough to maintain muscle mass. For building muscle, however, consuming protein after resistance exercise may prolong the positive nitrogen balance state, resulting in increased muscle protein synthesis.