The Latest on the Health-supportive Role of Cordyceps 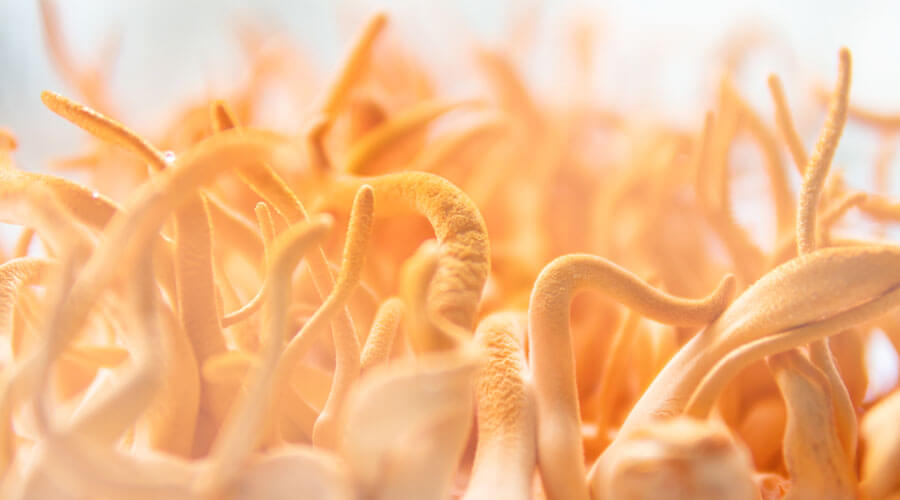 Cordyceps is a genus containing numerous species of medicinal mushrooms

Cordyceps have been traditionally used in Chinese and Tibetan medicine and have been the subject of many research studies for their potential to support human health.

Cordyceps have been shown in research to support immune health, the body’s response to inflammation and oxidative stress, cellular health, and healthy metabolism.

Cordyceps and the gut microbiome and intestinal integrity.

A recently published controlled animal study by Zheng and colleagues explored the impact of C. militaris (CM) on the gut microbiome and intestinal integrity.

Study results indicate that the presence of CM increased the concentrations of acetate and butyrate, two short-chain fatty acids that were shown to support health in many ways. Increases in certain beneficial microbiota were observed in the treatment group.

The cellular composition of the intestines showed increases in goblet cells and intraepithelial lymphocytes in the presence of CM. The duodenal ratio between villus height and crypt depth was also improved in the treatment group.

The authors concluded that CM may have the potential to improve immunological barrier function and other aspects of gut health and microbiome integrity.

Regarding clinical studies, a recently published review article described the many ways in which Cordyceps may support human health. The article describes a clinical trial exploring the potential pulmonary-supportive effect of CM supplementation in 100 adults.

This 12-week randomized controlled trial reported increases in the activity of natural killer (NK) cells and immunoglobulin A concentration.

Another trial in healthy adult males showed that daily supplementation with 1.5 g of CM for 4 weeks increased levels of NK cells, IL-2, IL-12, TNF-ɑ, and IFN-ɣ.

The genus Cordyceps includes more than 700 species and belongs to six different classes. Certain species within the Cordyceps genus have been shown to play a supportive role in the human body. Cordyceps may support the body’s response to oxidative stress and inflammation. It may also help support immune, gastrointestinal, and cellular health.