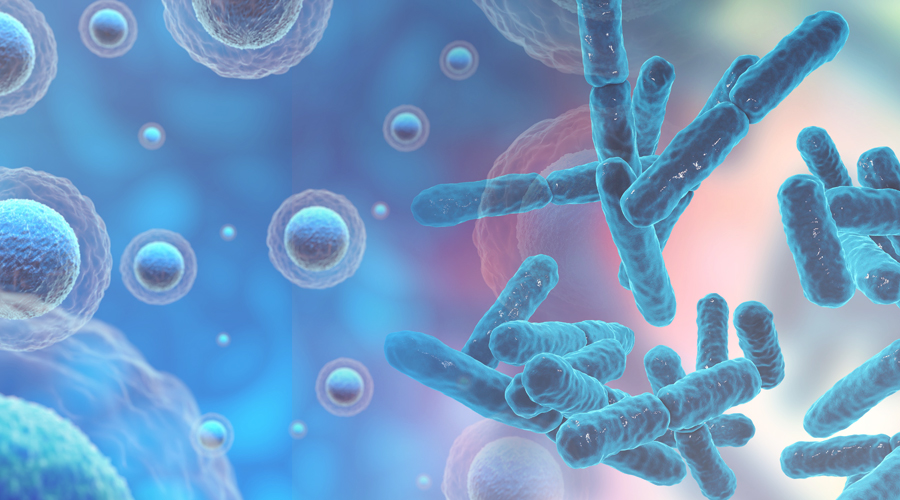 A growing body of research continues to uncover the wide range of roles that the gut microbiome and probiotics play in the human body. Some strains of probiotics (including certain species in the Lactobacillus genus) have been shown in research to affect glucose metabolism and insulin sensitivity through the influence of glucose transporter-4 (GLUT-4) transcription. The research has also demonstrated multiple other mechanisms of action by probiotics on cellular metabolism and other functions.

A 12-week randomized, placebo-controlled clinical trial assessed the effects of supplementation with probiotics containing strains from the Lactobacillus and Bifidobacterium genera on individuals with type 2 diabetes mellitus and coronary heart disease.

Improvements in glucose homeostasis parameters and improvements in high-density lipoprotein (HDL) cholesterol levels and total HDL cholesterol ratios were reported. The improvements were due to the role of probiotics in decreasing inflammatory cytokines, suppressing nuclear factor-kappa B (NF-κB), and activating the gut microbiome–short-chain fatty acids–hormone axis.

A recently published study explored the influence that certain strains of probiotics may have on insulin sensitivity, glucose metabolism, oxidation status, and inflammatory markers in cultured human hepatocellular carcinoma HepG2 cells. The HepG2 cells were exposed to a mixture of long-chain free fatty acids (FFAs) containing oleic and palmitic acids, which aimed to induce excessive accumulation of FFAs. Collection of FFAs is believed to cause FFA-mediated toll-like receptor 4 activation, which could signal the c-Jun NH2-terminal kinase to induce NF-kB and other pro-inflammatory mediators.

This pathway has also been associated with a disruption of insulin signalling, Fetuin-A induced lipotoxicity and downstream insulin resistance in pancreatic beta cells. The study reported a significant reduction in the number of living cells 24 hours after exposure to FFAs. However, in cells pre-treated with a probiotics-rich emulsion containing Lactobacillus rhamonsus NCIMB 8010 and Pediococcus acidilactici NCIMB 8018 before FFA exposure, a significant attenuation of apoptosis was observed.

The probiotic-rich emulsion attenuated oxidative stress through its ability to suppress FFA-elicited loss of antioxidant enzymes by influencing the gene expressions of Sod1, Sod2, and Cat, which are related to superoxide dismutase and catalase. Probiotics-rich emulsion was also shown to restore impaired insulin signalling pathways in insulin-resistant HepG2 cells through multiple pathways.

The findings from this study may indicate that certain beneficial bacteria and probiotics could affect cellular metabolism and insulin signalling in liver cells. Research suggests that the influence of the microbiome on human health continues to expand beyond the gastrointestinal tract. Foods that are rich in probiotics and supplementation may support healthy cellular function and metabolism.