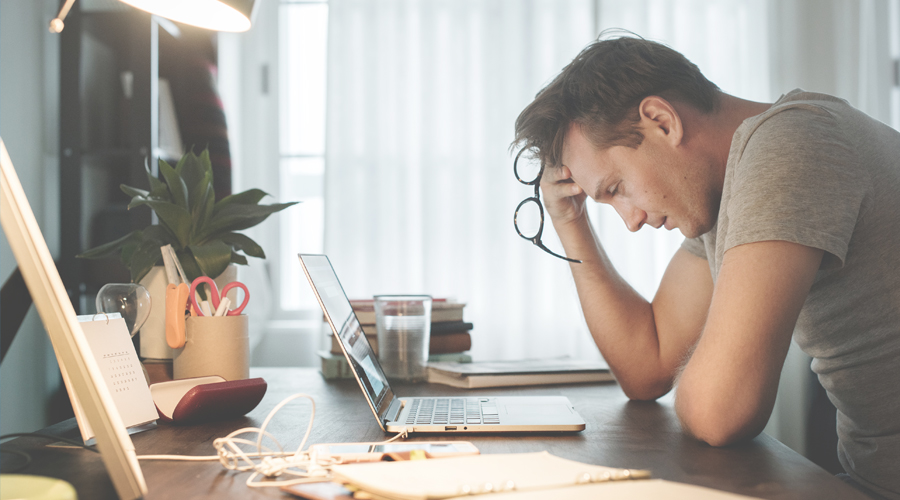 Stress. It is a term 21st-century citizens can define well and it is a concept shaping the philosophies and approaches of modern integrative medicine. Quite simply it is something we as practitioners cannot ignore. Currently defined by Merriam-Webster as “a state of mental tension and worry caused by problems in your life work etc” the concept of stress has only been coined a psychological condition since the 15th century. Prior to this time stress was an academic term of physics used to describe pressure on objects and eventually used to define physiological hardship and adversity. It was not until the 19th century that the definition and context of this term began to morph into our modern-day understanding and with it grew a new medical jargon used to explain and treat this relatively new but increasingly complex condition known as chronic stress.

How can the damaging effects of stress be managed?

One such term that evolved in the wake of our newborn understanding of psychological stress is ‘adaptogen.’ First used in 1969 by herbalists an adaptogen is defined as “a nontoxic substance and especially a plant extract that is held to increase the body’s ability to resist the damaging effects of stress and promote or restore normal physiological functioning.” (Merriam-Webster) Fascinating! The classes of therapeutic herbs and supplements are derived from emerging medical conundrums of which stress is increasingly recognized to be at the forefront. This makes adaptogens of increasing importance to the practitioner and a thorough understanding of the role they play in health is paramount to successful healing.

Ashwagandha as a stress adaptogen

Ashwagandha (Withania somnifera) is one of the most revered adaptogens utilized in Ayurvedic medicine and is quickly gaining recognition in all forms of integrative medicine today. It is particularly useful in the management of adrenal and thyroid imbalances which are at the heart of the stress response.

A systematic review of human trials studying the efficacy of ashwagandha in the treatment of anxiety (a primary sign of the stress response) concluded that intervention with ashwagandha “resulted in greater score improvements (significantly in most cases) than placebo in outcomes on anxiety or stress scales.” In a randomized double-blind study evaluating the safety and efficacy of a high-concentration full-spectrum extract of ashwagandha on 64 adults with a history of chronic stress 300mg of root extract was given for 60 days. At the end of treatment perceived stress scales were reduced by 44 per cent. The General Health Questionaire-28 indicated somatic stress anxiety and insomnia social dysfunction and severe depression subset scores were reduced by 76.1 69.7 68.1 and 79.2 per cent respectively. On the depression, anxiety, stress scale (DASS) questionnaire scores were reduced for depression anxiety and stress subsets by 77 75.6 and 64.2 per cent respectively. Ashwagandha was concluded to be safe and well-tolerated with no serious adverse events and was determined to improve resistance towards stress and improve quality of life.

How does ashwagandha work as a stress adaptogen?

Ashwagandha’s success can be partly attributed to its direct effects upon the adrenal glands and hormones. The stress response triggers ACTH secretion which increases serum cortisol. Ashwagandha has been shown to clinically reduce the serum levels of stress hormones. In the aforementioned study, serum cortisol levels were measured before and after treatment with 300mg of ashwagandha daily. After 60 days of treatment serum cortisol was reduced by 27.9 per cent indicating ashwagandha acts both directly and indirectly to improve resistance to stress. In a case report of a 57-year-old female with non-classical adrenal hyperplasia ashwagandha treatment for 6 months resulted in a serum decrease of 18-OH-hydroxy corticosterone 17-OH-pregnenolone corticosterone and 11-deoxycortisol by 31% 66% 69% and 55% respectively.

As chronic stress persists prolonged adrenal stimulation and elevated cortisol levels inhibit the activity of TSH and the conversion of free T4 to active free T3; therefore the chronically stressed individual will also experience hypothyroid symptoms as a result of reduced thyroid hormones. Ashwagandha also acts upon thyroid hormones and gently elevates levels. In a randomized clinical trial using ashwagandha extract to improve cognitive function in bipolar patients, it was noted that treatment normalised TSH levels in a patient with subclinical hypothyroidism and increased T4 levels in other patients. Earlier research also discovered ashwagandha was able to increase T3 and T4 levels while positively modulating antioxidant enzymes in order to stimulate thyroid activity.

In a generation where stress adrenal fatigue and thyroid conditions are not only flourishing but are also implicated as the precursors to more serious health conditions, it is imperative that clinicians seek safe but effective ways to manage stress responses in patients. Ashwagandha and other adaptogens just may be the key to gaining control over these foundational health issues that mark an era not too eager to slow down and adopt a less stressful lifestyle.