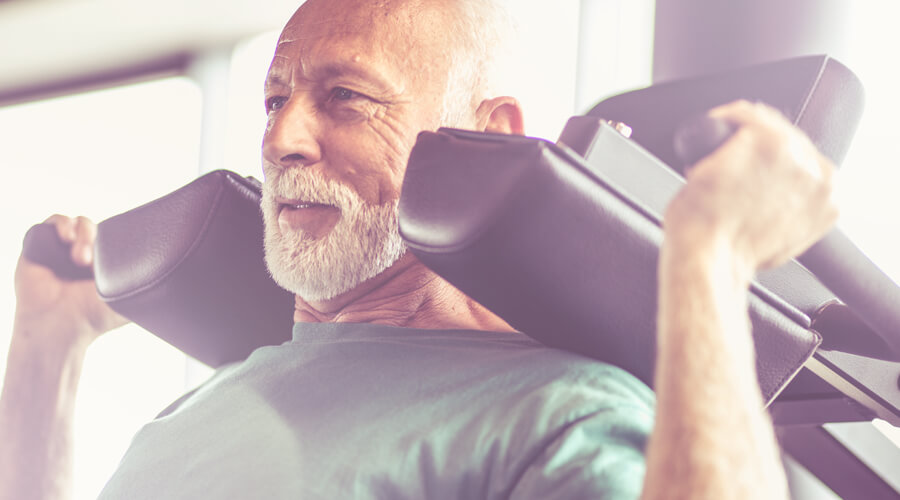 Over the past two decades, there has been increasing research into the causes, prevention and potential treatments for the variety of forms of dementia & milder cognitive decline. There is, however, increasing effort and research into not only declining cognitive or mental functioning but also the profound effects of declining physical function as we age.

The long-standing Whitehall study, which has examined many health parameters in British civil servants, commencing in the 1980s and continuing to this day, recently published an article in the British Medical Journal reviewing this very problem in people from the age of 65 onwards.

Simple assessments such as walking speed, the time it takes to rise from a chair, grip strength were reviewed, and simple daily activities such as dressing, ability to perform personal hygiene, cooking, and shopping.

Even more profound were problems with achieving simple daily activities, which increased death risk by 30%.

This then raises the concept of frailty. When you consider  frailty, you imagine a very elderly, thin person, typically bent over with at least a walking stick or possibly even in a wheelchair. Unfortunately, frailty is more pervasive than this typical stereotype.

6% of people over the age of 65 are considered frail

A study of 3000 people over the age of 65 followed for two & a half years revealed that frailty is much more common than once thought. It appears that 6% of people over the age of 65 who were surveyed were considered frail, whereas 38% were considered pre-frail, leaving only 56% in the healthy aging group. The news is even worse for women where this is 8% being frail and 41% pre-frail whereas with men frailty occurs in 5%, pre-frailty in 34%.

So, what is the definition of frailty? Frailty is defined as a heightened risk of illness or injury from even relatively minor stresses. Pre-frailty is where the symptoms of frailty may be present but physical capability is not diminished compared with those who are frail. The physical and physiologic consequences associated with frailty are increasing weakness, falls, and a tendency to fracture.

There is a very useful frail scale that goes by the acronym, strangely, FRAIL.

1)  Fatigue-are you tired most of the time?

2)  Resistance-can you walk up a flight of stairs unaided or without stopping, and do you have difficulty getting out of a chair?

3)  Ambulation-can you walk one block without any problems?

4)  Illness-Do you have five or more illnesses? When you think about this answer, it may be as simple as High blood pressure, obesity, diabetes, osteoporosis and arthritis. These are five illnesses, and this gives you one point.

5)  Loss of weight-Have you lost more than 5% of your body weight unintentionally over the past six months?

Loss of muscle mass and bone mass past 30yrs of age

From age 30, we lose muscle mass and bone mass. This is especially so for inactive people. Some inactive people lose 3 to 5% of bone and muscle mass per decade, which accelerates over age 65. At age 30, we have maximum bone strength that starts to decline, especially after menopause for women. For the first five years after menopause, the rate of bone loss can be as much as 2 to 3% per year and then 1 % per year thereafter. Typically, a female loses 53% of their peak bone mass by age 80.

Some recent interesting studies around frailty looked at 3200 adults 65 and older in the Health and Retirement study commencing in 2008. This study showed that those who consumed a moderate amount of alcohol (two standard drinks per day) were less frail and had lower inflammatory markers compared with people who were heavy drinkers or non-drinkers. This has also been shown to reduce the risk for cardiovascular disease.

The second study, in just over 3100 adults 50 and older, found that people who were considered frail and also had prolonged sitting had a much higher death rate. In contrast, people who were not frail and sat for prolonged periods of time did not have any deleterious health effects.

The final study showed that those who consumed a Mediterranean style diet were much less likely to be frail.

My five tips for preventing and treating frailty are as follows.

1)  Exercise is the most important preventative step. The Walker suggested dose is 3 to 5 hours per week with two-thirds cardio and a third resistance training

3)  Medication review-many people are on multiple therapies for different conditions, leading to significant side effects. The most commonly prescribed drugs in the world are statin drugs to lower cholesterol which can cause fatigue and muscle pain. Many other drugs can lead to fatigue, dizziness and excessive drops in BP in people who are overtreated for hypertension. All of the above may lead to falls & fractures. It is vital to check with your doctor and pharmacist whether these drugs are all vitally necessary and what potential interactions can occur.

4)  Vitamin D & Vitamin K2- Low levels of vitamin D are associated with several illnesses along with fatigue. These include osteoporosis, cardiovascular disease, cancer, multiple sclerosis, depression, asthma and Type II diabetes. Many people are deficient in Vitamin K2, which is difficult to obtain from a standard western diet. I suggest at least between 2-4,000 I.U. Vit D daily & Vitamin K2 180mcgs daily, in supplement form.

5)  Ubiquinol- is the active version of coenzyme Q 10 and one of the major drivers of the little fuel packs in every cell called the mitochondria. This is an excellent supplement to take for tired people, people with muscle pain or people taking statin drugs. I suggest Ubiquinol 150mg daily.

Frailty is not a condition reserved for the very elderly but can seriously affect health in middle age. As with all conditions, the best management is prevention.