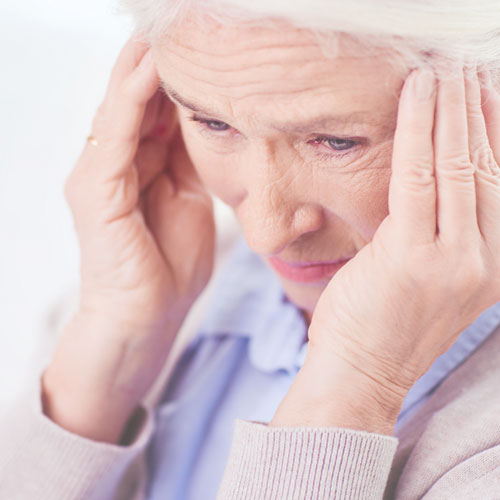 Alzheimer’s disease (AD) is an age-related neurodegenerative disease that accounts for most cases of dementia worldwide.

Hallmark pathological changes to the brain in the presence of Alzheimer’s disease include accumulation of amyloid-beta plaques, tau-containing neurofibrillary tangles, neuronal death, and neuroinflammation.

Modern research has begun to demonstrate that these neuropathological changes may begin decades before the manifestation of observable symptoms. Recent shifts in study designs related to Alzheimer’s disease have focused on exploring the impact of risk factors on disease progression. A growing body of evidence indicates that one potential risk factor of AD is chronic psychosocial stress in early and midlife.

A recently published review of animal studies explored the connection between Alzheimer’s disease and other factors. These factors include genetics, changes to the hypothalamic-pituitary-adrenal (HPA) axis, and modifications to microglia in the presence of chronic stress. These studies have demonstrated that exposure to chronic stress in transgenic AD murine models promotes cognitive decline, tau phosphorylation, and amyloid-beta deposition.

A longitudinal, 35-year clinical study of women found a significant association between psychological stress experienced in midlife and increased risk for dementia later in life, particularly AD, with a hazard ratio between 1.60 and 2.51. The HPA axis regulates the production of cortisol, a glucocorticoid (GC) hormone associated with stress. Dysregulation of the HPA axis has been associated with multiple neuropathologies, including mild cognitive impairment and Alzheimer’s disease.

The authors of the study report that age-dependent changes in gene expression related to AD are different from GC-dependent changes. Some GC receptor gene polymorphisms related to psychological stress have been observed; these have been shown to influence the reactivity of the HPA axis. Of note, one single nucleotide polymorphism (ER22/23EK) has been associated with decreased GC sensitivity, reduced cortisol levels in the presence of stress, and reduced risk of dementia.

Some polymorphisms have been associated with changes to the levels of brain-derived neurotrophic factor (BDNF), which is a promoter of neuronal survival, plasticity, and differentiation. One polymorphism (Val66Met) is associated with both the stress response and cognitive decline related to the attenuation of BDNF activity.

Stress-related changes have been observed in glial cells.

Other related changes associated with chronic exposure to GCs and stress are pro-inflammatory responses and neuronal remodelling synaptic deficits. Stress-related changes have been observed in glial cells, including microglia and astrocytes. Glial cells express high levels of receptors that are sensitive to GCs. Astrocytes have been shown to have changes to function and morphology after HPA axis activation related to stress. GCs have the ability to prime microglial cells, which may cause a secondary pro-inflammatory immune response. More than 60% of the genes associated with AD are expressed by microglia.

There is much more to discover and report regarding the relationship between chronic psychological stress and neurodegenerative diseases such as AD. Still, a growing body of evidence suggests a connection between the two. Lifestyle and dietary changes, along with brain-supportive nutrients, may promote healthy cognitive function and brain health. In addition, healthy stress management and supplementation that supports a healthy stress response may help prevent neurodegenerative diseases.