A High-Protein, Calorie-Restricted Diet Alters the Gut Microbiome in Patients with Obesity 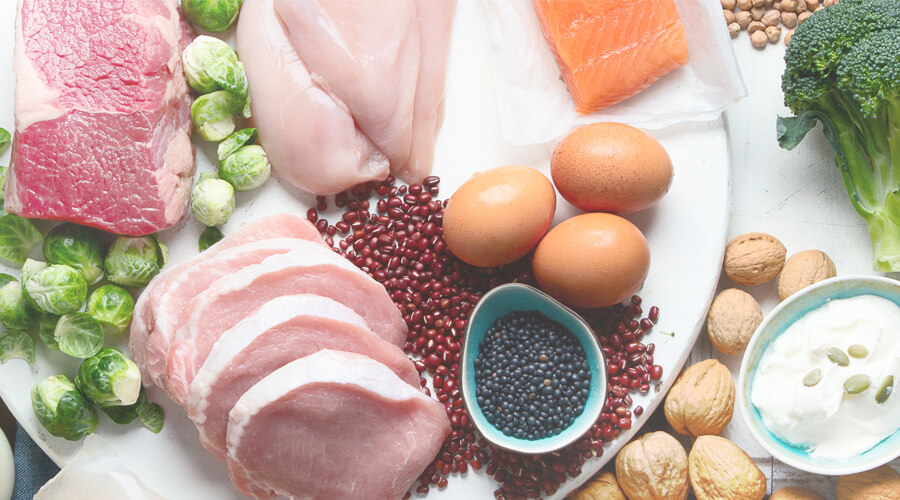 Obesity can be prevented or reversed –why the rise over past decades?

Obesity is preventable and reversible through lifestyle changes, proper nutrition, supplements, exercise, and stress management. This health-care problem has been significantly increasing over the past several decades, and obesity leads to increasing risks of numerous chronic conditions, such as diabetes, cardiovascular disease, nonalcoholic fatty liver disease (NAFLD), and some cancers. Researchers are looking at the potential effects of a high-protein diet to the gut microbiome of patients with obesity.

Effects of high-protein, calorie-restricted diet on gut microbiome in patients with obesity

According to a study published in Nutrients, researchers investigated the mechanisms and effects on the gut microbiome of a high-protein, calorie-restricted diet compared with a normal-protein diet in patients with obesity. High-protein diets promote satiety by their effects on specific hormones compared with diets that have more carbohydrates or fat. They are also associated with reduced energy intake and preservation of lean body mass.

This dietary, two-arm intervention trial included 80 overweight and obese patients between the ages of 20 and 75 years of age who were randomized to a calorie-restricted, high-protein diet in which the protein content represented 30% of their caloric intake or a calorie-restricted, normal-protein diet consisting of 15% protein over an 8-week period. Dietary intake patterns were assessed by the Diet History Questionnaire III at the start of the study.

Pea protein supplementation was provided to the high-protein diet group to achieve the protein target of 30%. A control supplement using dextrose matched the calories of the protein supplement, which was given to the normal-protein diet group. All patients, study coordinators, and medical doctors were blinded to each patient’s diet assignment. In addition, stool samples were collected at baseline, and at weeks 1, 2, 4, 6, and 8 for a total of 365 samples. The gut microbiome was assessed by 16S ribosomal RNA gene sequencing.

At the start of the study, the gut microbiome composition was associated with fibre and protein intake and did not differ between the two groups. At the end of the study, the individuals on the high-protein diet demonstrated a significant increase in microbial diversity compared with those on the normal-protein diet. In addition, the high-protein diet was associated with significant differences in gut microbiome composition after treatment compared with the normal protein.

Microbial diversity is associated with health, and a loss of diversity occurs in many chronic disease states. Both diets demonstrated increases of Akkermansia and Bifidobacterium species and a reduction of Prevotella species. Akkermansia species play an essential role, as they strongly adhere to the mucin layers and stimulate the growth of other species. They also mediate microbial population control of other species and protect against metabolic dysfunction. Fecal Akkermansia levels have been inversely associated with body fat mass, glucose intolerance, and waist-to-hip ratio. On the other hand, Prevotella levels have been associated with cardiovascular disease risk and negative metabolic effects.

Significant correlation between specific diets and the gut microbiome’s composition

These results demonstrate how specific diets and manipulating certain macronutrients alter the gut microbiome in obesity. A high-protein diet may increase diversity by increasing dietary amino acids where they are delivered to the gastrointestinal tract for bacterial fermentation.

Prebiotic, probiotic, and symbiotic supplementations have positive effects to the gastrointestinal microbiota

Other nutrients to consider that can have similar changes in the microbiome include prebiotics that contain xylooligosaccharides (XOS), probiotics that specifically contain Bifidobacterium species, and fish oil. These synbiotics have been shown to optimize the Firmicutes/Baceteroidetes species ratio and fish oils to improve insulin sensitivity and reduce inflammation.