GI Testing is Imperative,
Even in Patients Without Digestive Complaints 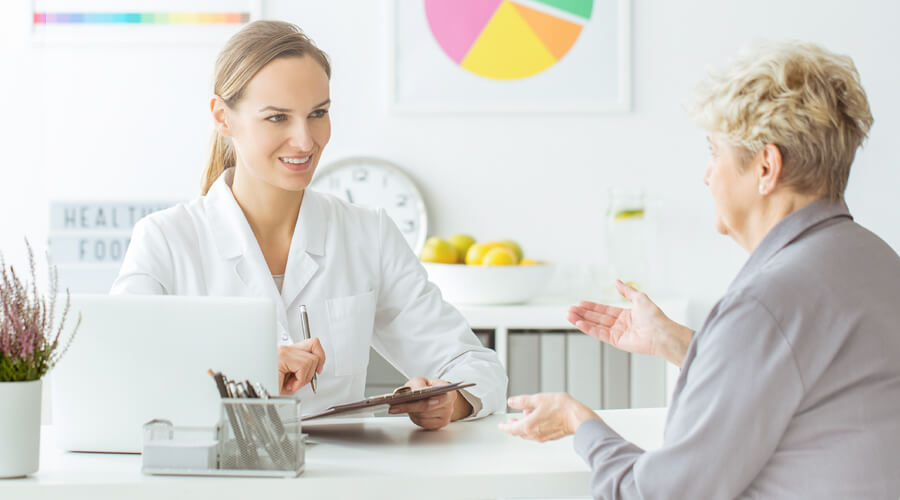 Practitioners often ask themselves, “Should I order a GI test on this patient, or not?” GI testing is often missed as a critical diagnostic tool.

If not, you could be missing the root cause of disorders

A few years ago, I travelled around the U.S. giving lectures on behalf of Diagnostic Solutions Laboratory, and at the beginning of every talk I would ask the simple question, “How many of you order GI testing on every new patient?”

Invariably, only a few hands would go up. I found that in a room of over fifty practitioners, only two or three began their patient workup with stool testing.

I asked myself, “Why the lack of enthusiasm?” The central tenet of functional medicine and clinical nutrition practice is that the gastrointestinal (GI) tract is the key player in most conditions, whether GI symptoms are present or not.

In fact, we use the term “root cause” medicine because we search for symptom causation. Our job is to excavate the source of symptoms. Still, even the most experienced practitioners can overlook stool testing, although it can commonly reveal the root cause of patient complaints. We sometimes fail to evaluate gut health in patients who don’t present with gastrointestinal symptoms.

Overlooking the gut, however, defies the entire premise of our work. We should always start by evaluating gut health. The patient experience I describe below illustrates why.

Experience Is the Greatest Teacher

We all learn the most from our difficult cases, and I’m no exception. Tough cases, while challenging, are great educators. Here’s one of mine:

In 2016, I had a new patient. She was a woman in her mid-forties who’d moved from the U.K. to the U.S. and had been suffering from depression since her teenage years. She did not experience any gastrointestinal symptoms, had no history of travel to countries where she might have picked up a parasite, and she followed a healthy diet.

She did not appear to have any risk factors for bacteria, yeast, or parasitic bugs in her gut. I made the critical mistake of breaking my number one rule of practice (which is to start by testing the gut) and did not order the GI-MAP® Test. Instead, I suggested we test her adrenals, hormones, organic acids, amino acids, and fatty acids. Considering that she had no gastrointestinal discomfort, the tests I chose seemed like the best way to go.

Six months into her program, which consisted of the heavy use of amino acid supplements for the neurotransmitter issues detected on her lab reports, and six months into her adrenal program, she experienced no improvement. She wasn’t any worse, which was nice, but her health had not progressed, and that was distressing.

So, I switched the program to focus on a mitochondrial issue I had detected on her initial lab work. When her treatment began, I didn’t feel the mitochondrial issue was as pertinent to addressing her depression as the adrenal and amino acid protocol. Nevertheless, six months later, (and, one full year into her treatment program) using the best protocols for adrenals, mitochondria, and neurotransmitters had offered her almost zero health benefit. Out of desperation, I ordered a GI-MAP test for her, and discovered that she had a raging Giardia infection (that was causing malabsorption) for the entire year!

Shifting the paradigm back to the gut – and GI testing

Let’s review my case. We often see complex patients who have myriad symptoms that don’t always follow a simple trajectory. Our job, as functional medicine practitioners, is to dissect the mystery and identify the root cause of symptoms.

In the case I just presented, my patient’s number one complaint was depression, and she didn’t experience any gastrointestinal complaints. I didn’t overlook GI testing; it’s a staple in my practice. I looked at the symptom of depression and forgot that the road to the root cause often leads to the gut, even when we least suspect it.

In retrospect, I realize that the supplements I initially ordered for my patient weren’t well absorbed due to the GI tissue damage from her Giardia infection. She just did not progress until I ordered the GI-MAP stool test and found and cleared the Giardia infection.

She had been sick for twelve months, but within sixty days of treating her Giardia and yeast overgrowth, her response to the other programs I’d prescribed kicked in, and her depression began to lift.

Was the Giardia causing her depression? I don’t think so. It was playing a role, however, by blocking the success of my prescribed program, and it likely played a role as an underlying cause of many of the nutrient deficits I’d found on her other lab results.

This case was a good reminder for me; never, regardless of symptomatic expression, skip the GI-MAP test. Ruling-in or ruling-out the role the GI tract plays in creating common symptoms—from weight gain to anxiety to depression—is crucial. I now say that GI testing is a “standard of care” in functional medicine.

Dr Daniel Kalish uses a GI-MAP Test Report as part of teaching practitioners the philosophy and principles of Functional Medicine. The following case study highlights these principles and demonstrates the effective use of GI-MAP Test diagnostics.