Dr Oscar Coetzee talks about Glyphosate, how it’s been abused in the world for many years, and its negative effects to the building blocks of our health.

Glyphosate is interesting, it’s been abused in the world for many, many years. I believe it is pretty radically used in Australia, now.

The Glyphosate problem – it is water soluble…

Since 2006 I believe Australia started buying Glyphosate from China and using it in radical amounts. The problem with Glyphosate is that it is a chemical or an organophosphate that is water soluble so, it tends to go everywhere.

Mineral depletion in the food supply

Glyphosate is a chelating agent so it pulls metals out of just about everything. It pulls all the minerals that people need for their health out of the food supplies so people are finding less and less minerals in their food. Therefore, they cannot have the building blocks for health.

And, the biggest problem with it is the fact that we’re using it as a desiccant, so that means that we’re spraying these pesticides on foods that we want to harvest earlier because we want to get the food out to the world quicker or, enhance profit and, that is putting that organophosphate on our food supply and, that is a really disastrous issue.

The suitability of the GI-Map to all our patients is because you’re getting a lot more information and I like the way that they’re talking about that your biome may not be giving us the right information. I came to that conclusion many years ago. People were doing tests and putting them on your desk and then you think, well how do I use this? Now I think the GI-Map test is relevant on many different levels.

Glyphosate is pulling minerals out of the system

01:15 What are we doing about the Glyphosate exposure currently? There’s some research, in the U.S. done by Dr Zack Bush where he has used a lignite extract that has been helpful but, we really don’t know what to do with it at this particular point. The only way that you can really compensate for this is, whatever you’re lacking you have to substitute because it is pulling minerals out of the system.

01:37 You know, it’s also affecting the aromatic amino acids and these aromatic amino acids are the tryptophans and the tyrosines that convert to dopamine and serotonin so, you know, once again, the only way that you can really compensate for some of that stuff at this particular point is proper supplementation.

01:52 As far as pulling all the Glyphosate out of the world and the food supply and the water and the shower water, we’re looking at a bigger issue there. We don’t really have the answers on that, which is kind of a scary thought but, at this particular point that’s really what we know, including up the act, you know, staying away from the foods that are being sprayed with the product as a desiccant, eat as much organic as you can because it’s helpful.

Glyphosate tests positive in most patients

02:15 You know, we’ve run some Glyphosate tests in my office on patients and, everybody tested positive, you know, there are levels of it but, it’s pretty much out there for all of us at this point.

I work with a tremendous amount of intestinal permeability cases where, if you clean up the diet, try and get them away from as many of glyphosate-containing foods as you can and then you give them supplementation of a reasonably aggressive dose, you know, you definitely can see improvement in those cases most of the time.

02:42 So, intestinal permeability is something I think any kind of integrative practitioners are working with today. I think it is because we are the only people that people come to for answers, because nobody can figure it out, because it’s chronic and you can’t point the finger at exactly what it is but, in clinical practice, on a daily basis, if I have to say that there’s one particular case that stands out, there isn’t, because I’m working with so many IBS cases and IBD cases and, from a foundational standpoint, the only thing that I can say is, in my own opinion, I feel there are levels of intestinal permeability and that’s not really been written about or published much.

03:24 I believe that if I look at my patient base or some patients react to everything that they eat, even real, good quality food, and that’s a severely permeable person because even the antioxidant reach in healthy and healing foods are actually causing an inflammatory response that’s so strong in that person’s body that they actually have a negative reaction to it.

In those particular cases, it’s very, very slow, progressive steps. Some people, when you just remove the Glyphosate, the herbicides and the desiccant sprayed or, over sprayed food groups, you see improvement immediately because, if they’re not severely compromised then those aromatic amino acids start to convert properly, they’re starting to get the minerals and the vitamins back in the food supply and into their systems and, they can absorb it again and, that’s obviously the level one in permeability in my opinion.

Additional Functional Tests may be relevant

04:14 When I get to that level of patient, you know, severely permeable patients, I’ll actually do some additional testing. You know, apart from the GI-Map Test where we’re looking at the biome, I will also do intercellular nutrient testing. I will do organic acid testing because I want to determine which of the pathways are being affected from the energy standpoint, I want to look what your intercellular status is of Glutathione and Vitamin C and Vitamin B6 and so, it becomes a very individualized case at that particular point.

Mineral deficiencies can lead to other conditions

04:42 What we generally see are most of the important minerals being depleted. You know, we see a tremendous amount of iron deficiency, anemia in people that use a lot of the Glyphosate products because, I know people are always pointing the finger at gluten and on I’m a big believe in Dr Fasono’s research in gluten but, you know, if you look at some of the research of some of the more published people in Glyphosate, you’ll see that they actually have the same Villi atrophy from Glyphosate use in other products that you get from gluten and celiac disease.

05:13 As far as what I use for these people? Well, anything that you can put your hands onto that they deficient in. So, clearly, we give them the B complex that we use. I’m a big, big, big promoter and all people, not just people with intestinal permeability on all the evail products. Berbevail is phenomenal when it comes to any kind of glucose regulation and insulin control and lipidemia issues. The Liposomal Glutathione is something that I use all the time because I believe that a very overlooked aspect of health in our world is the over abuse of alcohol and, alcohol has a tendency to deplete one of the major antioxidants in the body called, Glutathione so, the Liposomal Glutathione is definitely something that I utilize.

05:58 And, by the way, alcohol is one of the biggest creators and irritators of permeability. A very unknown fact but, if you drink excessively, actually causing tight-junction permeability. 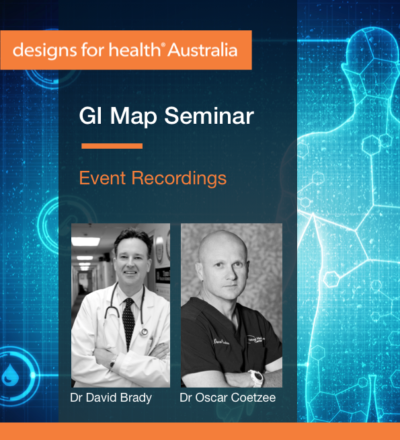