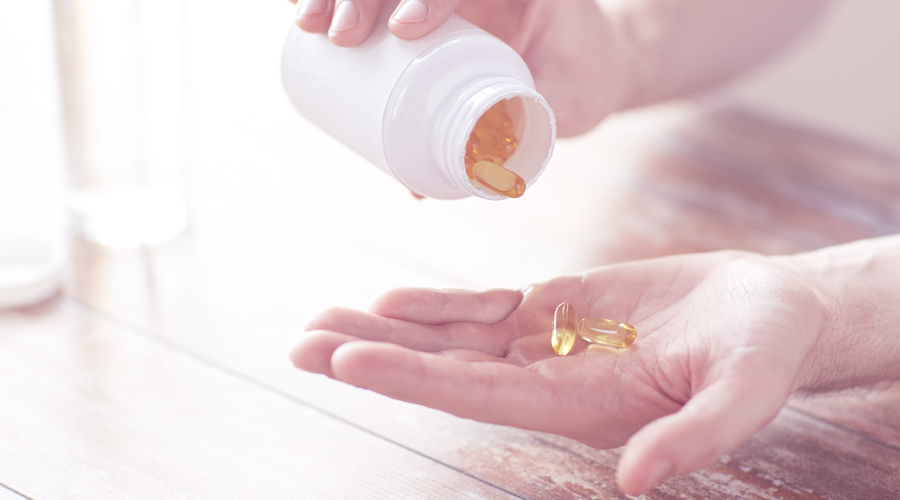 Inflammation is associated with depression. Thus, one potential mechanism for the mood benefits of omega-3 fatty acids is that they support a healthy inflammatory response. Both DHA and EPA can decrease the production of pro-inflammatory cytokines, including tumour necrosis factor-alpha (TNF-α), interleukin (IL)-1beta, IL-2, and IL-6.

DHA and EPA may also combine with the more pro-inflammatory arachidonic acid (AA) into membrane-based phospholipids to decrease the activity of AA in the cell.

Neurotransmitter balance may also play a role in depression pathophysiology, especially those involving the serotonergic and noradrenergic systems. Omega-3 fatty acids (particularly DHA) may promote normal neurotransmitter transmission by supporting cell membrane integrity and fluidity. This may beneficially alter the receptor number and function to normalize dopaminergic and serotonergic neurotransmission.

Clinical studies have demonstrated the potential for increasing omega-3 intake to benefit depression. Consuming a diet of moderate intake of fish and other sources of omega-3 fatty acids was associated with lower odds of depression in one of the studies. A meta-analysis of double-blind, randomized, placebo-controlled trials found that omega-3 fatty acids led to a therapeutic effect of −0.28. The supplements containing 60% EPA, including those with 100% EPA at a dosage of 1 gram or more, imparted beneficial effects on depression. Formulas that were 60% DHA did not.

This suggests that the benefits from omega-3 fatty acids may be due to the mechanisms of EPA rather than DHA, but more research is necessary.

Many factors may be involved in supporting normal neurotransmitter balance and a positive outlook. One aspect may involve managing a balance of omega-3 to omega-6 fatty acids in the diet. This may promote a healthy inflammatory response, which may impact the risk of developing disorders associated with chronic inflammation, such as depression.* Supplementing with omega-3 fatty acids may provide additional support for individuals requiring higher intake.