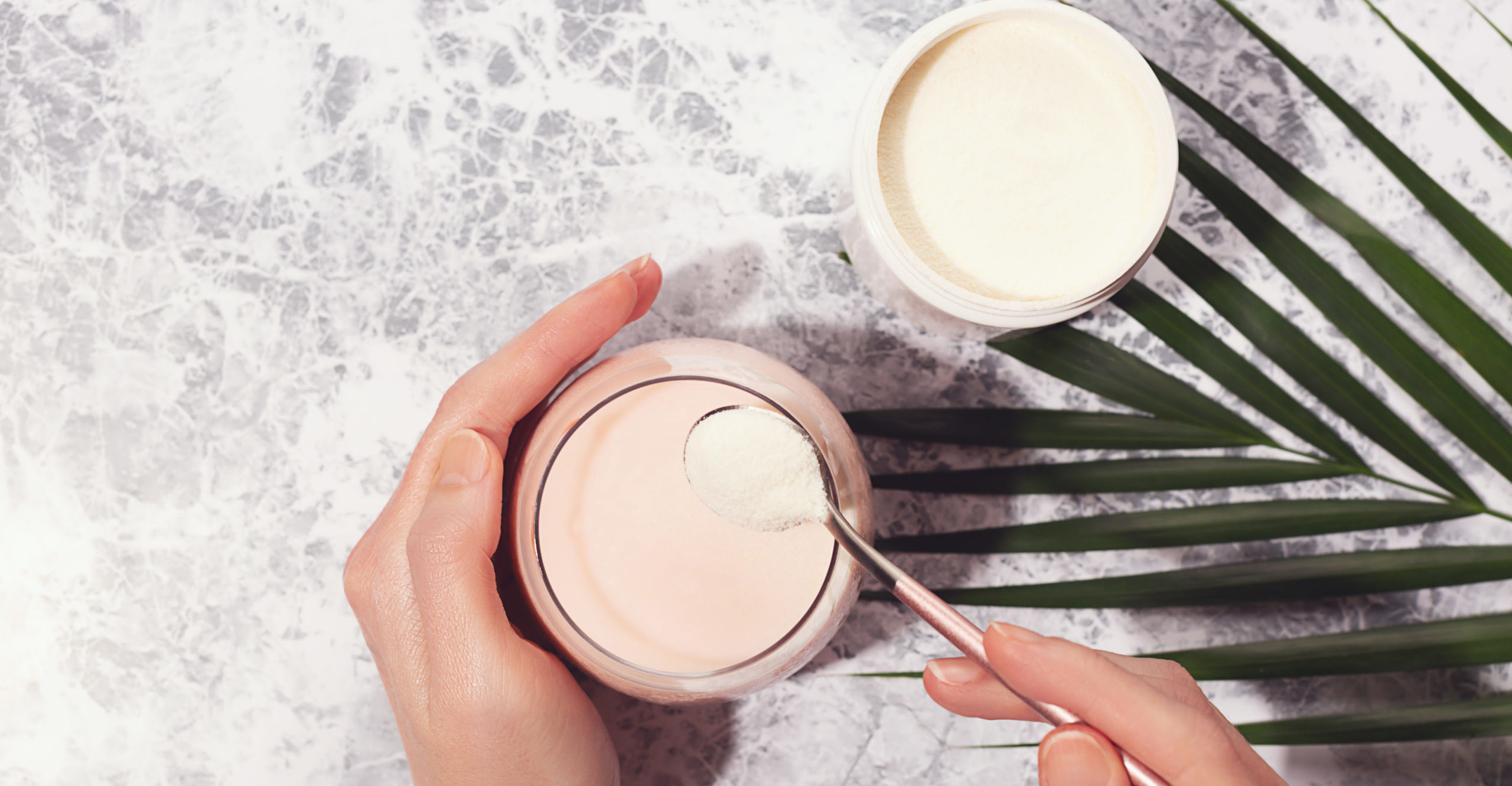 Collagen Supplementation for the Skin

Women are always looking for an edge when it comes to skincare and their beauty regimens. They’ll spend a fortune on lotions and potions that offer vague promises about reducing wrinkles and cellulite. They invest money and hope in specially formulated nail polishes that guarantee longer, stronger nails. When it comes to cosmetics and aesthetics, the focus is almost exclusively on what they put on the outside, but their time and money might be better invested in what they put inside.

Nourishment from the Inside

Drinking enough water to keep the body properly hydrated and getting an adequate amount of healthy fats to give the skin a healthy lustre are natural, actions that can go a long way toward improving the appearance of the skin.

Beyond this, collagen accounts for 75% of the protein in the skin. Getting sufficient amino acid building blocks of collagen might be a more fruitful way of improving skin’s appearance, rather than slathering on creams and serums with ingredient lists that read like a manual for chemical warfare.

Will any Protein do?

Any protein can provide the amino acids needed for collagen synthesis, but ingesting collagen itself, or foods made from it, may go further than other sources of protein. For people disinclined to make homemade bone broth or to consume animal skins or tendons, as is more common outside North America, collagen peptides in powder form are a convenient and more “culturally palatable” way to ensure a good intake of the specific amino acids needed for collagen, such as glycine, proline, hydroxyproline and hydroxylysine.

What the Studies Show

Studies in mice have shown collagen peptides to improve objective measurements of skin structure and protein quality. Ingestion of collagen peptides had no effect on skin moisture or hyaluronic acid content in chronologically aged mice, but skin laxity was significantly improved, collagen fibres showed repair, collagen content was increased, and the ratio of type I to type III collagen was normalized.

Fortunately, we don’t have to rely solely on mouse data. Supplemental collagen peptides have been shown to be beneficial for human skin, too. A double-blind, placebo-controlled trial involving women ages 35-55 showed that, compared to placebo, supplementation with 2.5g or 5.0g of collagen hydrolysate daily for 8 weeks resulted in significant improvements in skin elasticity, but no significant change to skin moisture. In another double-blind study, compared to placebo, daily supplementation with 2.5g of bioactive collagen peptides for 8 weeks promoted a significant reduction of eye wrinkle volume along with increases in procollagen type I (65%) and elastin (18%). A follow-up 4 weeks after the last collagen administration showed that the reduction in eye wrinkles persisted at least that long, indicating that the benefits of collagen peptide ingestion may have extended effects. (It might not be accurate to call 4 weeks “long-lasting,” but it suggests that individuals might be able to take collagen on a regular basis for some period of time, stop taking it, and then resume it again, without their skin reverting back to how it appeared pre-collagen.)

What about cellulite? The bane of many women’s existence. Women are often told it’s genetic, or that they should take up running or weightlifting—especially squats and deadlifts. Anything to get those glutes and hamstrings looking tighter or more “toned.” But plenty of women whose second home is the gym still have cellulite, so is there anything else they can do to improve the underlying structure of the skin that might lessen the degree of cellulite? Here again, what goes into the body may matter more than what goes onto the body. Studies indicate that collagen supplementation reduces cellulite.

In a study of women ages 24-50 with moderate cellulite, compared to placebo, 2.5g of collagen peptides taken daily for 6 months resulted in a statistically significant decrease in the degree of cellulite and skin waviness, with improved dermal density on the thighs in normal-weight women. Overweight women in the study also had these improvements, but they were less pronounced than in the women who weighed less. Weightlifting can certainly help build the muscles underneath the skin, but the notable improvements in cellulite seen with collagen supplementation suggest it’s not a bad idea to add collagen peptides to a post-workout protein shake.

If we’re talking aesthetics, we can’t ignore nails. At least here, women have known for a while that gelatin is good for nails. Supplementation with 2.5g of bioactive collagen peptides daily for 24 weeks resulted in 12% increased nail growth rate and a 42% decrease in the frequency of broken nails. 64% of subjects demonstrated global clinical improvement in brittle nails, and the improvement lasted for at least 4 weeks post-treatment in 88% of subjects. 80% of subjects agreed that the use of bioactive collagen peptides improved the appearance of their nails and were completely satisfied with the treatment.

The Importance of Protein for Women

In the diet and macronutrient wars that have been raging for decades, it seems like it’s carbs versus fat, and nothing else even exists. Let’s not forget about protein. Women who skimp on protein are doing themselves a disservice by depriving themselves of the building blocks they need not just for healthy skin, hair and nails, but for bones, muscles, connective tissues, and even teeth!