Blaming the Bugs for Heart Disease 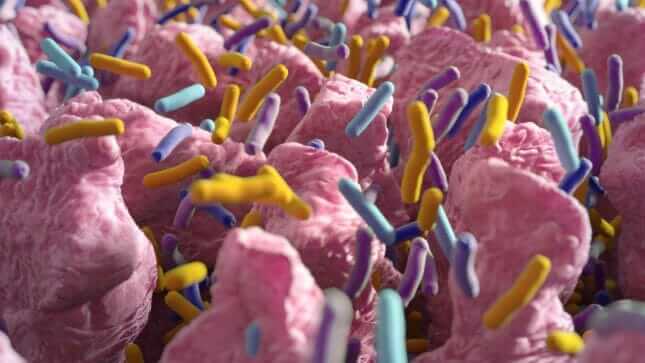 Cardiovascular disease (CVD) is a serious health problem globally, but the focus for tackling this problem far too often falls on dietary fats, obesity, physical inactivity, smoking, and hypertension. Without doubt these are valid risk factors in the development of CVD. However, as research into the human microbiome continues to bloom, it spills into the realm of cardiovascular disease – our highest cause of mortality. We are not just blaming the bugs in the gut for heart disease. Instead, they may provide a link between lifestyle choices and CVD. Optimising gut microbiota can impact various risk factors associated with cardiovascular disease.

There are several metabolic pathways influenced by the composition of the microbiome and, therefore, indirectly associated with heart health. The well-researched connection between the gut microbiota and cardiovascular disease involves trimethylamine-N-oxide (TMAO). Gut microbiota produce TMAO from dietary choline, lecithin, and L-carnitine. In a large, independent clinical cohort study of 4,007 patients, those in the highest quartile of plasma TMAO levels had a 2.5 fold higher risk of a major adverse cardiovascular event.

The effects of TMAO on heart health are multifaceted. In animal studies, increased levels of circulating TMAO were associated with the formation of macrophage foam cells, which are the main components of atherosclerotic plaques. The actions of TMAO also include enhanced platelet hyperreactivity and thrombosis risk. In a human cohort, there was a dose-dependent association between plasma TMAO levels and platelet aggregation. TMAO levels are not just driven by the availability of dietary prerequisites, but also the microbiota profile. In a study profiling the microbiota of 531 men with metabolic syndrome risk in view, it was discovered that TMAO was directly associated with an abundance of Peptococcaceae and Prevotella, and negatively with an abundance of the common gut commensal Faecalibacterium prausnitzii.

High levels of TMAO are also linked to other risk factors of cardiovascular disease, such as insulin resistance and insulin-mediated fat accumulation, which are eventually expressed as diabetes and obesity. Additionally, animal studies showed that a TMAO infusion was found to enhance the hypertensive effects of angiotensin II, although it does not appear to produce a hypertensive reaction in normotensive subjects.

A disrupted microbiome also fosters systemic inflammation, which is directly associated with heart disease. Non-commensal bacterial species produce nitrogenous compounds (ammonia and ammonium hydroxide) that loosen the tight junctions of the luminal epithelial cells as the concentration rises. As the gut becomes increasingly permeable, bacteria are translocated into the circulatory system producing uremic toxins and lipopolysaccharides which bind to Toll-like Receptors (TLRs) and triggers an inflammatory reaction. Evidence of bacterial translocation is also present in the fact that atherosclerotic plaques contain DNA fragments from translocated Proteobacteria.

Another mechanism proposed by several studies by which the gut microbiome is linked to cardiovascular disease is by reducing the quantity of health-promoting short-chain fatty acids (SCFAs), leading to a corresponding increase in blood pressure. A higher concentration of SCFAs, produced by healthy commensal bacteria, helps to keep blood pressure reduced by binding to G protein-coupled receptors found in vascular smooth muscle and induces vasodilation.

After seeing the impact of the gut microbiota upon various risk factors associated with cardiovascular disease, including atherosclerotic plaque development, systemic inflammation, and blood pressure, it is only logical that the mechanism by which we can improve these same risk factors is through optimizing the microbiota. Increasing the quantity of both Lactobacilli and Bifidobacteria species is critical for establishing a well-balanced microbiome. Supplying probiotics with prebiotics (a symbiotic) enhances the optimization process and ensures a quicker change in bacterial population. As the bacterial diversity changes, an increase in SCFAs will promote a healthier, tighter endothelial lining, decreasing the translocation of pathogenic bacteria, and reducing systemic toxins and inflammation. Additionally, as the quantity of pathogenic bacteria decrease, TMAO levels will be reduced.

Though there are several lifestyle choices that can enhance heart health and reduce risks for CVD, optimizing the gut microbiome should be one of the first mechanisms for improving health perimeters involved in cardiovascular health.