The herb Astragalus historically has been used for strengthening chi or qi—life force. Modern herbal use demonstrates support for the immune system.

When you hear the term “Traditional Chinese Medicine” (TCM), do you have visions of an old-fashioned apothecary shop, whose shelves are lined with a dizzying array of potions and powders with mystifying names?

The tinctures, pills, salves, and teas often employed in TCM come from a host of plants and plant constituents: roots, bark, leaves, fruit, and more. Some of the go-to remedies in TCM have been used for thousands of years.

Some TCM remedies are intended for specific conditions, such as headaches, improving digestive function, supporting fertility, or clearing the airways for easier breathing. Others are more all-purpose; they support the body’s overall state of being.

One such general remedy is the herb astragalus (Astragalus membranaceus)—called “huang qi” in TCM. Historically, it has been used for strengthening chi or qi—life force—so it was typically employed in conditions related to general weaknesses in the body, such as fatigue, anemia, poor appetite, cardiovascular disease, and other conditions associated with “insufficient qi.” It has been especially instrumental for supporting kidney and urinary tract health. As a strengthener of qi, think of astragalus as a herb that might rekindle the fire in you, when you feel tired, weak, run-down, and like your overall vitality is flagging.

In the present day, astragalus is used for bolstering the immune system, often in combination with ginseng and echinacea. This general strengthening of immune function—now backed up by modern research—is likely why this herb was believed to boost the life force and potentially make people more resistant to common ailments, such as cold and flu.

Stimulating the production of macrophages

Astragalus also supports more specific components of the immune system, such as interleukin-2 (IL-2), natural killer cells, and other lymphocytes (white blood cells). Additionally, astragalus has been shown to increase the production of white blood cells in patients with leukopenia, a condition in which the blood contains reduced numbers of illness-fighting white blood cells. One study, in mice, showed that astragalus restored the immune function of aged mice to that of younger ones. If future research confirms a similar effect in humans, then astragalus may be beneficial for older adults, and others with compromised or lowered immune function. 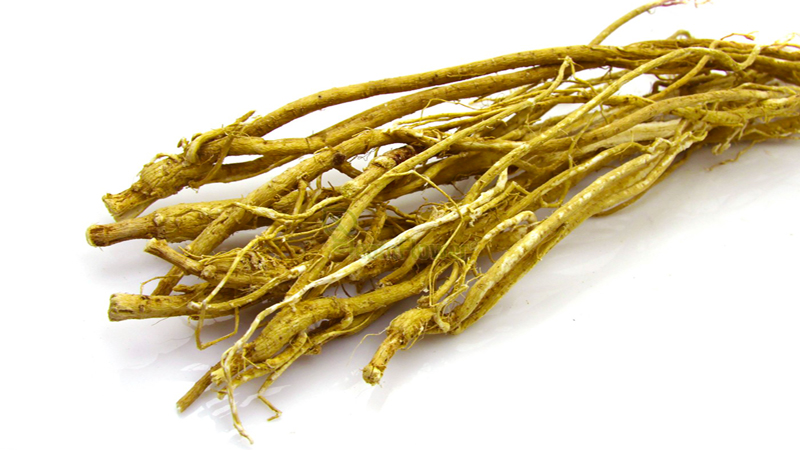 There are nearly 2000 astragalus species. The one employed in TCM is native to Northeast Asia and grow extensively in China, Korea, Tibet, and Mongolia. The plant is a perennial and grows to about 18-36 inches tall. The medicinally useful part of the plant is the root. A common way to use astragalus is for the roots to be dried and powdered, and taken either in capsule form or as a tea, often in combination with ginseng and echinacea. The herb’s beneficial pharmacological effects may be due to its phytochemical components, which include a host of saponins, polysaccharides, and flavonoids. It also contains twenty trace minerals, including chromium, cobalt, copper, selenium, and molybdenum, plus relatively high concentrations of manganese, zinc, and rubidium.

Aside from an overall boosting of immune function, astragalus was traditionally used to support urinary tract health. Studies have shown the herb to reduce the proliferation of pathogenic bacteria in human bladder cells, and to increase the production of signalling molecules involved in fighting infections.

Astragalus has an impressive safety record. No toxicity or adverse effects have been noted even when employed at relatively high doses. However, it may interfere with certain medications, so as always, consult your healthcare professional if you are interested in astragalus.